We bring together experts with vast experience and a shared vision of a prosperous world for all. 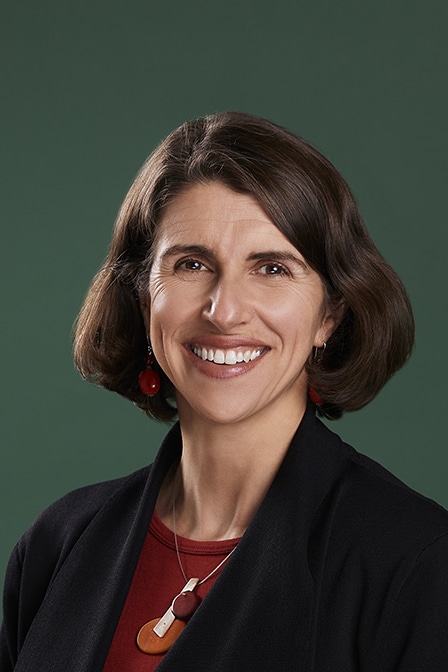 Anna Skarbek is CEO of Climateworks Centre, working to develop the low carbon economy. A former banker and green policy adviser, Anna has led Climateworks since its creation in 2009, analysing emissions reduction opportunities, setting the ambition and unblocking barriers to implementation. Climateworks’ independent and non-partisan approach, co-founded by The Myer Foundation and Monash University, sees Anna working with multiple federal government departments as well as state governments and large corporations along with other stakeholders including investors, and business, environment and civil society leaders.

Anna was a founding board director of the Clean Energy Finance Corporation and the Carbon Market Institute, and is currently a director of the Green Building Council of Australia, the Centre for New Energy Technologies and Sentient Impact Group. She is a member of the Blueprint Institute’s strategic advisory council and the Grattan Institute’s energy program reference panel, and was the 2020 Mission Innovation Champion for Australia.

In 2022 Anna was one of six leaders in climate and finance to join the Advisory Board of the Glasgow Financial Alliance for Net Zero (GFANZ) Asia-Pacific Network. She was also invited to become a member of the influential women in leadership organisation, Chief Executive Women (CEW).

Anna is a former director of Impact Investment Group, the Linking Melbourne Authority, Amnesty International Australia and The Big Issue. She was a member of the Australian Government’s Energy White Paper reference panel, Land Sector Carbon and Biodiversity Board and NGO Roundtable on Climate Change, and of Victoria’s Independent Review of the Climate Change Act and South Australia’s Low Carbon Economy Expert Panel.

Anna has a background as an investment banker, policy advisor and lawyer. Before Climateworks, she worked in London’s carbon markets as Vice President of Advisory with Climate Change Capital, an investment manager raising capital for low carbon activities. Anna’s prior career in Australia included senior policy advisor to the Victorian Deputy Premier and Minister for Water, Environment and Climate Change, investment banker in Macquarie Bank’s energy and utilities team, and solicitor with Mallesons Stephen Jaques.

She has a Bachelor of Commerce/Law with Honours from Monash University. Anna is also a graduate member of the Australian Institute of Company Directors and has completed leadership and management programs at Oxford University’s Said Business School and Melbourne University’s Business School.

A G20 seminar series, co-hosted by Climateworks Centre in Jakarta, has explored innovative approaches to financing that can help emerging economies to transition to renewable energy in a fair and sustainable way.

The briefing room: Transforming our food and land use systems – global trends and Australia’s opportunity

On Tuesday 20 July Climateworks Australia hosted a UN Food Systems Summit Independent Dialogue, putting the spotlight on sustainable food and land use systems, and the role Australia can play in supporting climate outcomes.

The 46th President of the United States has committed a trillion dollars in funding for the policies, including investment programs and government procurement.

Prime Minister Scott Morrison on Monday acknowledged what many Australian businesses, investors and others have long known: the global economy is transitioning to net-zero emissions, and so too must Australia.

Back in January, many thought 2020 would be defined by the bushfires. What long-term consequences did they have? The fires personalised the issue for a lot of people.

On 23 November, 2020, the Centre for Policy Development (CPD) co-hosted a public forum with Climateworks Australia as part of the Climate and Recovery Initiative.

On 26 November 2020, Climateworks Australia CEO Anna Skarbek joined a special panel to launch ‘Sustainability of the Asia Century’, as part of the Disruptive Asia series hosted by the Asia Society.

The race is on to achieve net zero emissions by mid-century. In the first of Climateworks and the British High Commission’s ‘Building our Future’ webinar series, our panel of experts discussed what it takes to unlock the potential of clean technology, the progress we’ve made around the world in clean energy transition, and what still needs to be done.

The briefing room: The energy transition

Recent research from Climateworks and CSIRO shows that viable paths to zero emissions exist for all major economic sectors in Australia.  On 13 May 2020 as part of the Climateworks webinar series ‘the briefing room’, CEO Anna Skarbek joined CSIRO’s Chief Energy Economist Paul Graham and Morgan Stanley’s Rob Koh on the pathway to net zero energy.

In May 2020 The Australian Government released the Technology Investment Roadmap Discussion Paper as part of a consultation process. On June 12 the ANU Energy Change Institute and Climate Change Institute presented an open public forum to share perspectives from a range of backgrounds.

On May 6 the Energy Efficiency Council launched the first episode of its new podcast, First Fuel, on energy efficiency, energy management and demand response, with Climateworks CEO Anna Skarbek and our major report Decarbonisation Futures the first to be featured.

On Tuesday 5 May, the Clean Energy Council held a forum with leading political, industry and community representatives to discuss the potential of A Clean Recovery to lead Australia’s economic recovery from COVID-19.

Hosted by the Smart Energy Council and RenewEconomy Stimulus Summit: A Renewables-Led Economic Recovery attracted over 3,500 delegates from across Australia.

The conversation hour: Anna Skarbek discusses the impact of the coronavirus on climate change.

The coronavirus pandemic has put lives on hold at brought the world to a stop. The ABC’s conversation hour asked if this would mean the issue of climate change taking a back seat.

Since the release of ClimateWork’s 2014 report Pathways to Deep Decarbonisation technology costs are far lower and more advanced. Our seminal report shows not only is net zero emissions possible, it could have considerable economic benefits as we recover from Covid-19.

How can climate action help drive Australia’s recovery? Anna Skarbek in conversation with Australia at Home.

The action needed to address the threat of climate change could also be key to stimulating Australia’s economic recovery from Covid-19.

“Look for ways to apply your skills to the great challenges of our time.”

Climateworks Executive Director, Anna Skarbek has been appointed to the Board of the new $10 billion Clean Energy Finance Corporation (CEFC).

On 26 February 2020, the Centre for Climate and Energy Policy convened a discussion between experts and stakeholders on Australia’s national 2050 emissions strategy.

In 2019, at the sixth Australasian Emissions Reduction Summit, Climateworks CEO Anna Skarbek shared lessons from ten years of climate action, and how these can be applied to the next decade.

Anna Skarbek, Monash University While Australia is coming to terms with yet another new prime minister, one thing that hasn’t changed is the emissions data: Australia’s greenhouse gas emissions are not projected to fall any further without new policies.

Monash Lens: One overarching ask for business and investors: Do you have a plan to achieve zero emissions?

An excerpt from Anna Skarbek’s piece in Monash Lens, One overarching ask for business and investors: Do you have a plan to achieve zero emissions?

Micro factories for e-waste, seaweed farms to sequester carbon, powering whole towns with food waste. There is no shortage of innovative climate solutions.

This report was commissioned by the federal government as a first step in improving public information on demand response potential in the industrial sector.

Pathways to deep decarbonisation in 2050: how Australia can prosper in a low carbon world

Energy, once perceived as a relatively low fixed cost, is now becoming an important variable cost that impacts on profits. This report outlines a methodology to assist companies to gain a deeper understanding of energy risks and the opportunities associated with improved energy performance.

Australia is not on track to reach emissions reduction targets under the Paris Agreement. But opportunities exist in proven technologies across electricity, industry, buildings, land and transport.

Ahead of COP26, Australia’s federal government has set a target to reach net zero emissions by 2050. Climateworks CEO Anna Skarbek breaks down what this means, as the world raises ambition and seeks to limit global temperature rise to 1.5 degrees.

The Morrison government is set to finally announce a 2050 net-zero commitment. Here’s a ‘to do’ list for each sector

Prime Minister Scott Morrison has finally struck a deal with the Nationals and is expected to take a pledge of net-zero greenhouse emissions by 2050 to the Glasgow climate conference.

Here’s what to expect from the Labor government on climate

Public concern over climate change was a clear factor in the election of Australia’s new Labor government. Incoming Prime Minister Anthony Albanese has committed to action on the issue, declaring on Saturday night: ‘Together we can take advantage of the opportunity for Australia to be a renewable energy superpower’.

The Briefing Room: The 1.5°C challenge and why Australia is well-placed to meet it

This webinar has been postponed. Subscribe to our newsletter to stay updated about future Climateworks events. Join us as we share our modelling insights and assessments of emerging policy trends.